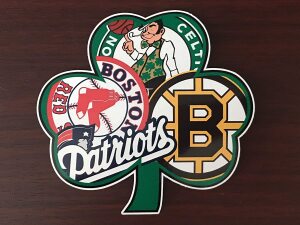 Francis Xavier Tosney Sr., "Uncle Frank", died unexpectedly, on April 26, 2022, at his home in Berwick, Maine. He was born Jan 18, 1943, in Boston, MA, son of John Tosney Sr. and Elizabeth (McGrath) Tosney. He was raised and educated in East Boston and served in the Army Reserve for 6 years.

He worked for the Boston & Maine railroad and retired after 25 years as a supervisor. Following his retirement, Mr. Tosney opened Concord Coin and Antiques, in Concord, NH, where he was sought after for his expertise in precious metals, rare coin collecting, and train memorabilia.

He was a former resident of Winthrop, MA, later moving to Weare, NH where he resided for many years. Recently moving to Berwick, ME with his wife Linda, where they settled in their beautiful log home.

He is survived by his wife of 56 years, Linda Calla Tosney, the love of his life. One son Frank Jr. of East Boston, MA, his brother Christopher Tosney, two sisters, Maryann Lombardi and Geraldine Bowen, along with many special nieces and nephews whom he loved dearly.

Frank was a character with a big personality, who had many friends in his life. If he had an opinion about something, you and the world would know about it! He was never shy about expressing his genuine love for family and friends. He loved his Irish ancestry and embraced the love of Italian food and traditions of his wife's family. You would often hear him say, I need more "gravy" on my meatballs and pasta.

He was a man of many talents and hobbies. Frank always had a story to tell and was a huge Boston sports fan. He loved being with his family and friends watching and cheering for the New England Patriots, Celtics, and Boston Bruins. If anybody needed anything, he always knew a guy, who knew a guy. You would always find Frank working around his home fixing plumbing or working on a new project. He loved collecting antique guns and B&M train memorabilia. He also enjoyed fishing, swimming, and boating. He especially enjoyed challenging someone to a game of Pool, which he usually won.

Frank will be missed by not forgotten by all who loved him.

Family and friends will honor Frank's life by gathering at the Ruggiero Family Memorial Home, 971 Saratoga Street, (Orient Heights) East Boston, on Monday, May 2nd from 4:00 to 7:00 P.M. A funeral Mass will be held at Saint Joseph - Saint Lazarus Church, East Boston, on Tuesday, May 3rd at 10:00 A.M. Please meet directly at the church. Services will conclude with Frank being laid to rest at Holy Cross Cemetery, Malden.