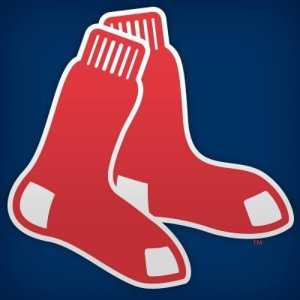 Edward Mark Movsesian, 68, passed away on April 4, 2022 after a long and courageous battle with cancer.

Ed was born on September 18, 1953 and was raised in Stoneham and then Lynnfield, Massachusetts, graduating from Lynnfield High School in 1971. After graduating, he joined the Navy where he was stationed at Camp Lejeune, NC, Virginia Beach, VA, Naples, Italy, and finished his military service as an optometric technician in Bethesda Naval Hospital, achieving the rank of Chief Petty Officer.

Following his service, he moved to Cape Cod and continued his work in optometry while he studied computers. In 1995, he relocated to Maine and founded Microcosm Computers in York, operating an extremely successful business until his illness forced his retirement.

Ed will be remembered for his generosity (he would never hesitate to drop everything for a friend in need), his love of dogs, his devotion to the Red Sox and Patriots, his biting sarcasm, his meticulous craftsmanship as a carpenter, and his love of classic cars and cooking. His signature dish was shrimp scampi, which, by all accounts, was comprised primarily of garlic. In the end, it was his stepdaughter, Sienna, who was the great joy of his life; oh, how he enjoyed watching her dance! (“PSB!”)

Ed was pre-deceased by his father, Edward N. Movsesian, and his mother Shirley Ann (Briggs) Movsesian.

Surviving Ed are his sisters, Janis Urbanek of Canton, MA, Sherry Granger of Sandwich, MA, and Susan Publicover of Spring Hill, FL, his brother, David Movsesian of Nashua, NH, and his son, Jason Movsesian of Maryland. He is also survived by his partner, Melissa Graham, and his stepdaughter, Sienna Graham, both of Kittery, Maine, and by three nephews, two nieces, and two grandnieces.

At Ed’s request, no service is planned. If you choose, you may make a donation in Ed’s memory to St. Jude Children’s Research Hospital or to Mainely Mutts Animal Rescue of Southern Maine. Or simply raise a glass and remember him well. He’d like that, too.

You can still show your support by sending flowers directly to the family, or by planting a memorial tree in the memory of Edward Movsesian
Share a memory
© 2022 Ruggiero Family Memorial Home. All Rights Reserved. Funeral Home website by CFS & TA | Terms of Use | Privacy Policy | Accessibility